While we are waiting... 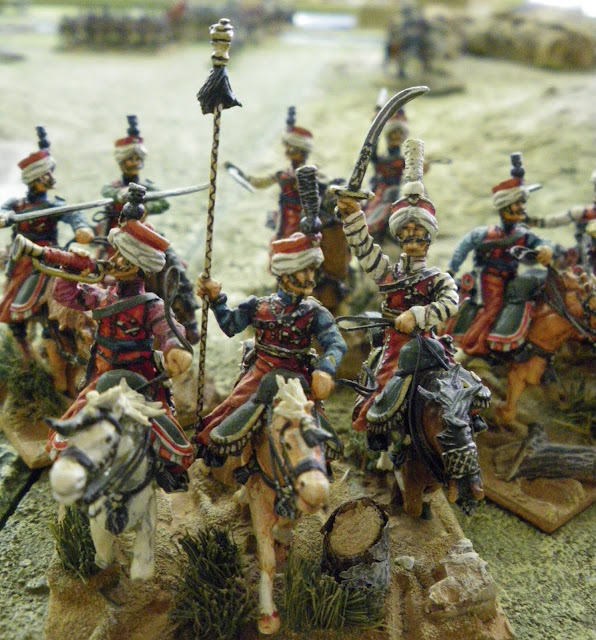 Mameluks: From Mike Ingham's collection at the WHC...Amazing conversion work by Doug Mason
Nothing much happening on the Austrian front. Everytime I go downstairs I glance at the door in case there's a delivery note and I didn't hear the guy knock, but no big parcel from Elite as yet. Despite my impatience the reality is that it probably won't turn up until next week, all things considered. I'm just itching to get started on the white chaps.
I don't have many pics of Austrians, so, I'll put a few pics in here which have NOTHING to do with them.
I just love this unit. I've always coveted it, The figures are Mike's, converted and painted by Doug Mason when he was in his prime. My photos don't do the figures justice at all. They are extra-ordinary conversions. Every figure is different, arms and bodies built up with solder, weapons re-made. I think they were originaly Connoisseur, but I can't tell which figures were used as the basis 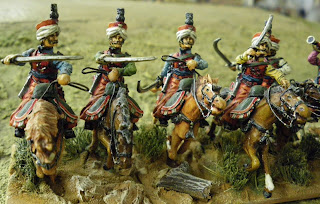 All the horses have been re-modeled, reins replaced by brass wire, the horses themselves have in some cases been taken from two different castings and then "cut and shut"..seamlessly. The manes and tails have been teased with a soldering iron to give them more movement 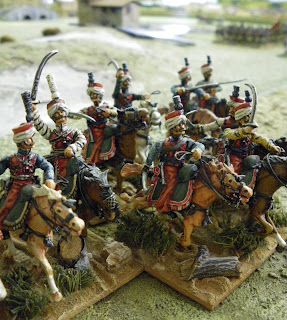 These pictures also don't show up Doug's painting to it's full advantage, the detail on the weapons and horse furniture is painstaking. 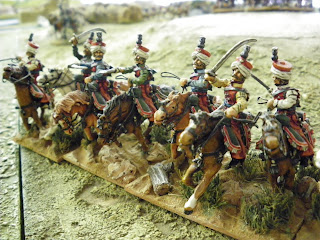 Hey- ho, while I wait for these Austrians to turn up you'll just have to make do with more pics like this.

I have not been idle though, I'm painting up the Connoisseur Grenzers at a fair rate, and have been using them to experiment on techniques to use on this Austrian project, to be honest I don't think I'll change much, I'll paint them the same as I would most things, they look quite good and I'm happy with the speed I can do them. They won't get based up though until I can mix them in with the Elite kit, so you'll have to wait.

I love Doug Mason's work. I never met him -- is he still gaming or modeling?

On a different note, in the Elite Austrian unit packs does Peter mix in figures from his 8 fig variation packs?

Looking forward to how you paint the white-uniformed hordes. Always a challenge to make an effective job of it.

I don't think anyone has heard from Doug in many years, he dropped off the radar.
I don't think the variation packs are included normally in the btn packs, but if you ask Peter nicely he will include them. I did just that, though I'm still waiting for the order, so don't know how many I've got coming.