A return to Napoleonics 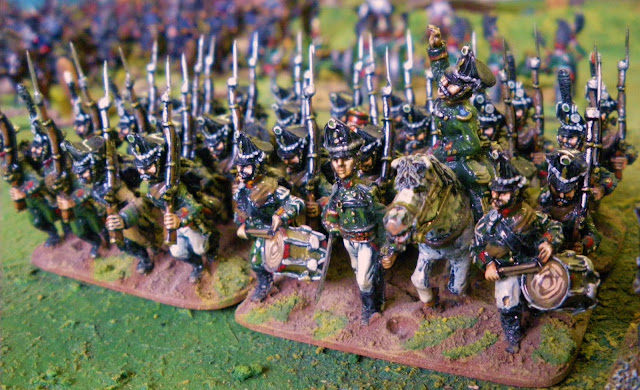 Elite minatures Jager Battalion beautifully painted by Dave Docherty (when he could still paint, before he discovered what his penis was for).

Got to spend the weekend at Lander's where an enjoyable time was had by all. We spent saturday afternoon mucking about with the Napoleonics and then a crossfire WWII game on sunday, trying out some ideas for John's demo game for Salute next year. Somehow my camera ran out of battery very quickly so I have no pics of the WWII game, which is a shame, as it looked cracking and I couldn't record my tactical prowess (cough!).

Subsequently (and I know you'll all be upset over this), we'll have to have a look at few napoleonics instead. I took a few pics of John's enormous Russian collection, we had a strange moment when we "lost" some 16 battalions of Russian infantry. Looked everywhere for them.... very odd, then we discovered an entire shelf full, that we had overlooked....phew! all was right with the world. 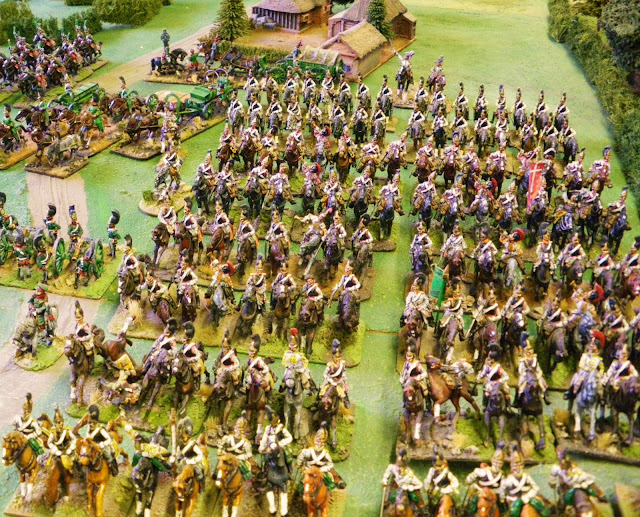 John's stuff is fairly tidy, he does enjoy the whole conversion aspect, so there are few of his units which don't have some major work done on them. Swords replaced, head swaps, and quite a lot of major conversions turning figures into completely different ones.

Although the vast majority of his Russians are Elite figures he uses a lot of Connoisseur stuff for his conversions, the simplicity of a lot of these figures lends themselves to this. He also used to occasionally do his own conversions on Elite figures and then get Pete Moreby to cast up whole units for him. The Russian Guard cavalry below are a good example of this: 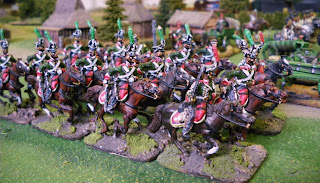 There is a companion unit of Finnish guard jaeger to accompany these, again, one-off conversions cast up by Mr Moreby (he got to keep the moulds) 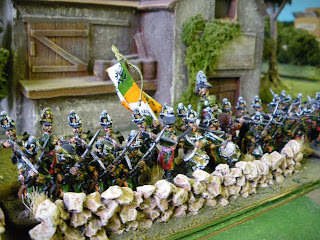 More of John's stuff later in the week...more cavalry, infantry, and a few of his 50-odd Russian artillery pieces!