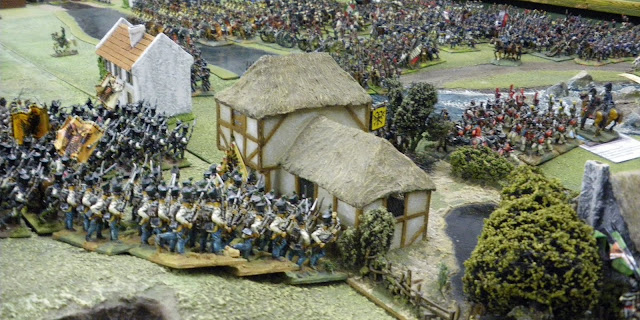 Had an odd month, went up to Scarborough for Gerry's and Herbert's week of Napoleonics. We had a great time, fought Austerlitz (twice) Wagram and Dresden. I've put up a couple of pics from this and have plenty more to follow, but time has been precious since I got back, plus I've had really bad flu which has been totally debilitating. You'd have thought that writing a blog was one of the few things you could do while feeling ill but I've had absolutely no energy. What little I have had has had to go on working, and I haven't even picked up a paintbrush. Its left me feeling extremely frustrated. A tough work schedule for this week and I'm even going in between Christmas and New Year (can't remember ever doing that before). However, I will get some more stuff up, I promise. Plus, I'm desperate to get some Austrians finished. They are sitting on the table looking at me accusingly.

Neil Sheardown (some of his cracking painting below) has asked me to do a piece on fast painting horses in oils which I will do in the New Year. Should be fun to do. 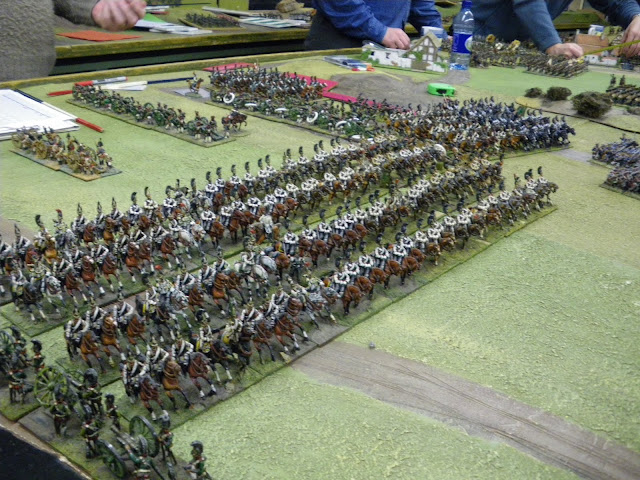 Above is a quick bit of action from Dresden, a massive Russian cavalry attack towards the end of the game which was an Allied victory. The French army including 4 divisions of Young Guard (48 battalions of them!!!)  couldn't hold against the hammer blows of  the Allies.

Socially it was a great week, lots of dinners and Herbert got some good presents including a version of his favourite unit  "the fighting 57eme" painted by Neil; These were the old Connoissuer Greatcoated French figures. Really manky campaign dress types, which is why Herbie likes them I guess. Here they are in a presentation case: 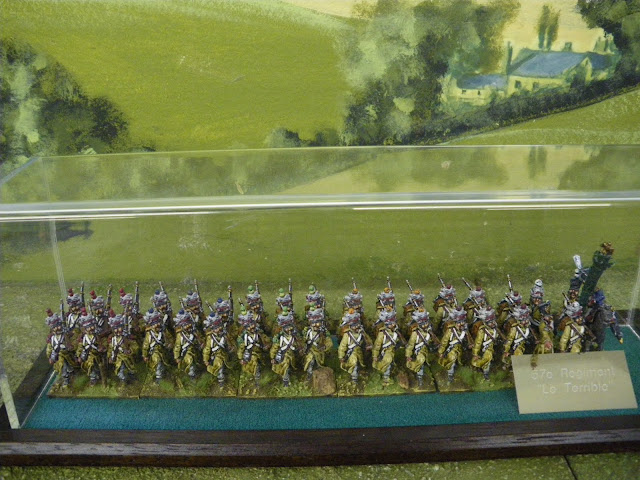 More of Neil's work below, some Elite French line. I really like these newer French march attack Elite figures. I did a few a while ago as Westphalians - I think about 2 or 3 months later they released the proper Westphalian range!- They are very straightforward to paint from what I recall 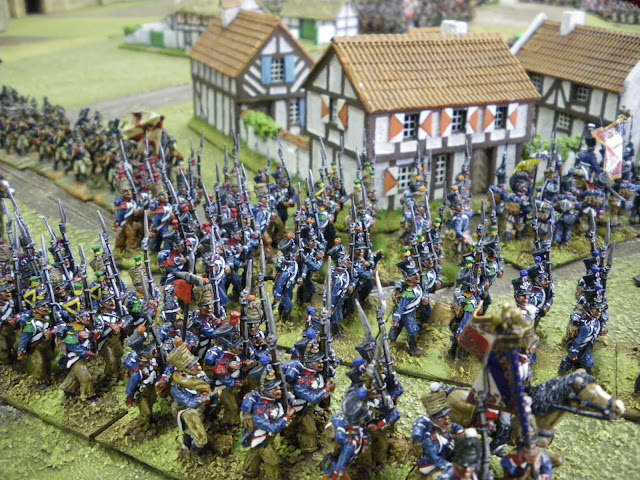 Nice new Elite infantry painted by Neil Sheardown, in the background Badeners move up in support.

Anyhow, its 9.30 and I'm knackered again so I'll try and get something more out later in the week.