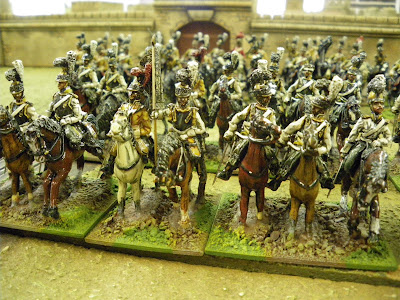 Zastrow Cuirraisiers: Connoisseur Figures from the WHC collection
A busy week at work, and a pathetic showing in the painting stakes, I'm afraid. However, my bit of a spurt at the beginning of November means a handsome total for the month so I'm not complaining at all.

I'm off tomorrow up north for a week of hardcore Napoleonics. I'm really looking forwards to it. It bodes for being a cracking week, its a birthday celebration for my old friend Herbert who has invited about 10 of us up to Scarborough for the week. it's also Gerry's birthday this week so he will be playing too.

The plan is to fight 3, two day games, spanning the heart of the period. The first game is Austerlitz, then Wagram, and finally Dresden.

I've played all of these scenarios before at the centre, however, Gerry says he has re-jiggered all three of these games so they will actually all be completely fresh and most of the players won't have played any of them previously, so there may be a few surprises. 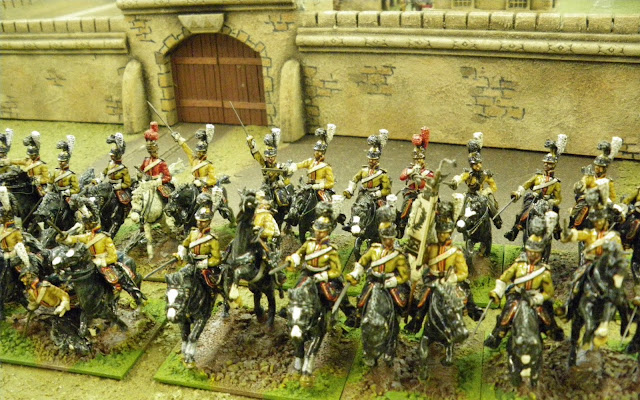 In the absence of any new painted units I've put up these pictures of Saxon Heavy Cavalry, which I took recently at the WHC. Lovely units, as ever lots of conversions with all the swords replaced including some quite mad figures tumbling from their horses. I think originally they were only half regiments painted by Doug Mason but Gerry wanted them expanded to full 32 man units. So Neil Sheardown did a pretty amazing job of matching his painting to Doug's original work and re-touching them.

With a little luck I'll be able to get my greasy hands on these during the course of the week.

A lot of time has also been taken up sorting out planning for the forth-coming game in Falmouth in January, been a lot of e-mailing and plotting going on but the ideas are forming. My initial rather doom-laden appraisal has been replaced with a somewhat more optimistic view (it has helped that I have since read the briefing correctly). The Umps are putting some interesting options available for the poor old creaky French Army. 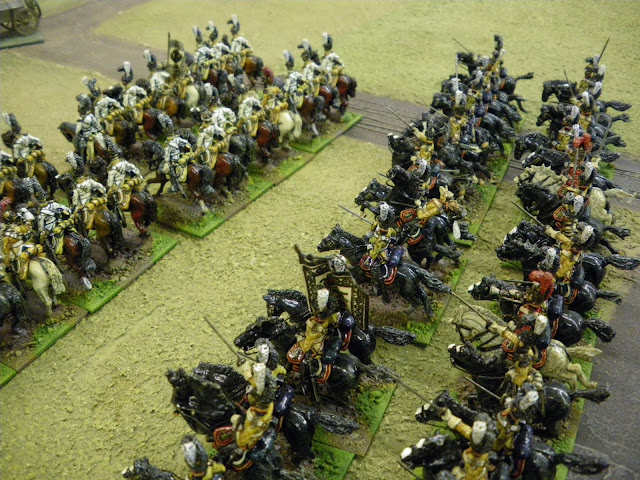 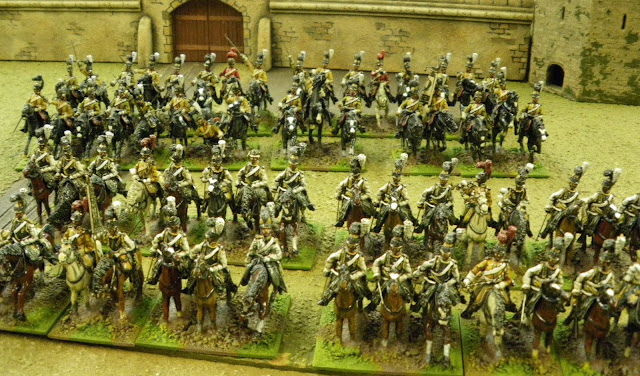 So, I have a pleasant 4 hours or so in the company of Noel, who is doing the driving, I can also deliver to him his Wurtemburg cavalry.

Going to be a fine week. 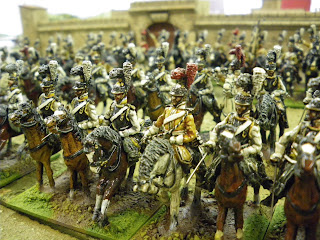