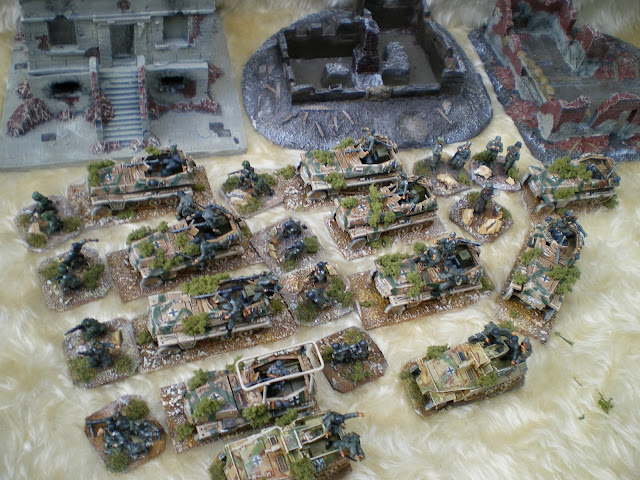 This project has been ongoing now for a couple of years, and theres still a way to go...plus its huge, so I'll do it bit by bit. I'll start with the Aufklarungs battalion.

The idea for these was for a Generic Panzer reconnaisance outfit that could be used for Italy, Russia and maybe Normandy (one day)
I wanted a unified look to all my German stuff, and plenty of crew figures on the vehicles, having said that, they were assembled bit by bit, a few E-bay purchases, and then the bulk of the 250's from SHQ..I'm not 100% happy with the painting but they will do. The effect is ok though
The above pic has 2 armoured infantry coys of 4 x 250/1's, with AB dismounted infantry deployed. One can also include a 250/8 (Milicast models) in each of these coys to give them a bit of 75mm support, or they can be grouped into a heavy coy. The AB stuff is so fabulous its hard not to just keep buying and painting it all.
The Prieser crews are great fun, hard plastic, in mad poses, but good for guys bailing out with a sense of urgency about them. 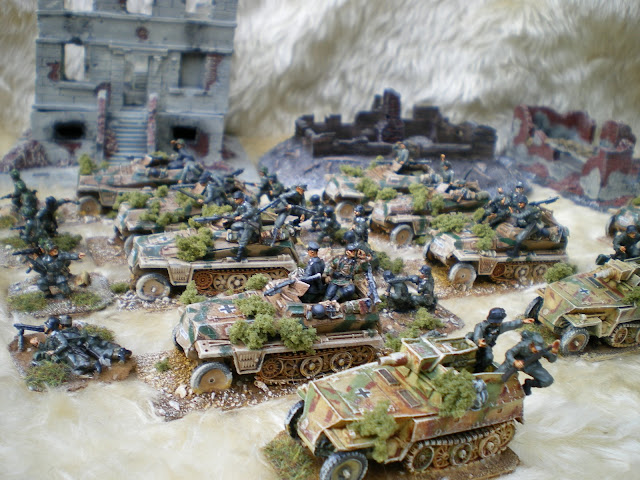 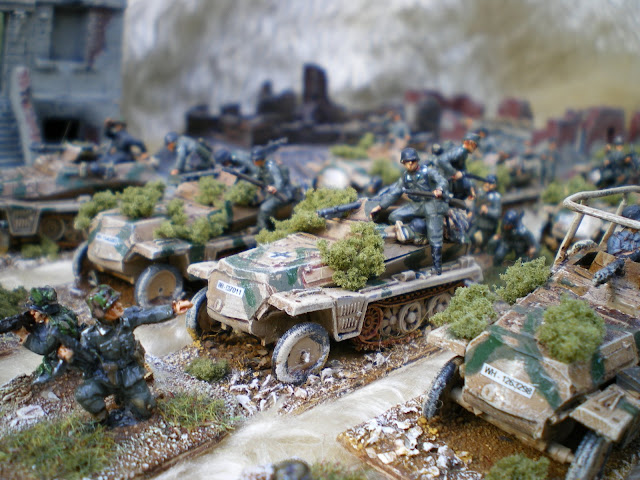 To back these lads up we a light armoured car company of 3 x 250/9.
I can use these for '43 onwards. These are Milicast models, really lovely. They are the best around and worth the money. I went for the extra detail bits of etched brass hatch covers and 20mm barrels. Again, Prieser crew 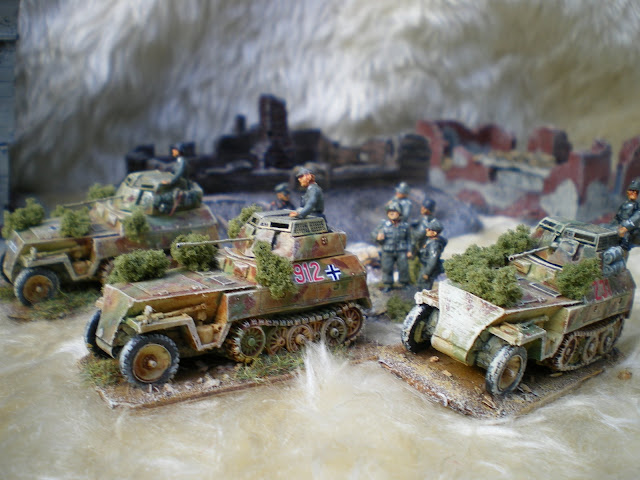 However I couldn't resist also giving myself an earlier/ more obsolete option with these SHQ Sdkfz 222' s- I've always had a thing for these little armoured cars. 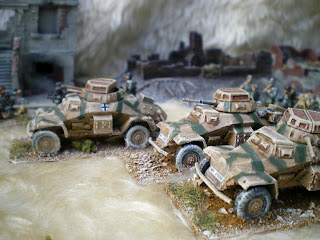 Finally there is a heavy company, 2 x 234/1, and a 234/3. All of these I picked up on e-bay, so no idea of their provenance. I just added a few AB, Lammercraft and Fantassin crew, a quick re-paint and foliage.
Add in a towed Pak and or an infantry gun to taste.
This gives a pretty large unit with a lot of options, I feel its not going to be fielded in its entirety too often, but I like to build units at fullish strength and then leave bits out rather than be restricted in choice for a scenario.
The final piece of the reconnaisance jigsaw is a Hasegawa 234/2 Puma which I've got to make up- its on the "soon" list....Pics when its done 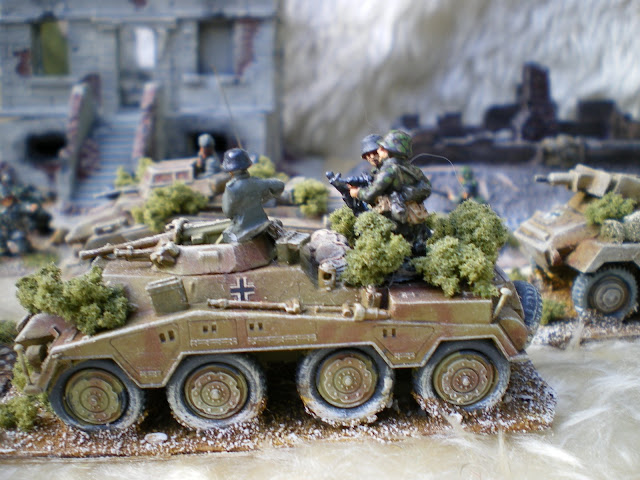