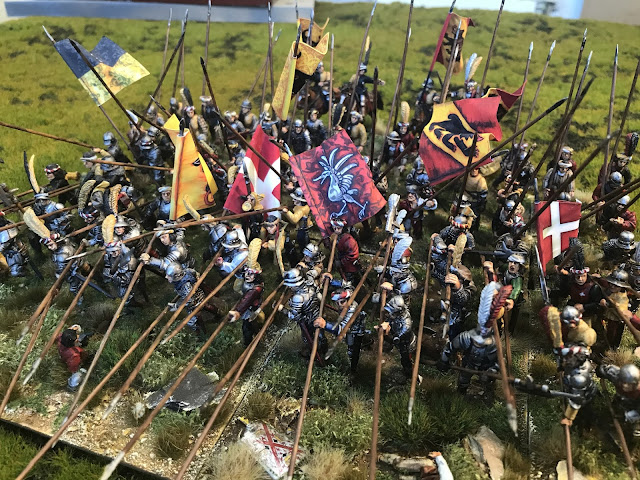 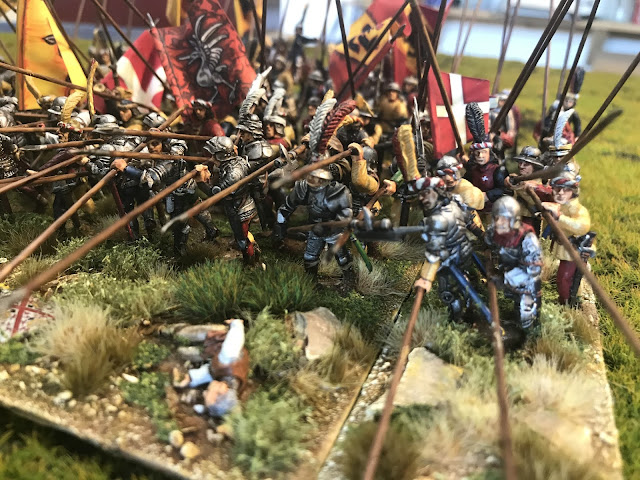 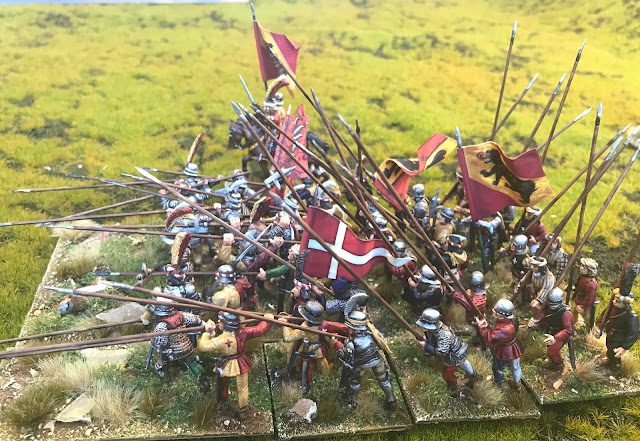 Yes, indeed! Stunning individual figures and units. I'd even say you give ol' P.G. a run for his money.

Lovely inspirational units, well done. To add a bit more atmosphere to the Swiss can I recommend you buy the Perry Swiss figures with 'pet' bear, It adds a little extra to them and gives them a more nasty look if possible.

These are the "dogs"!
Like you I was enchanted by those pictures too, bought the kit, painted & sold in the 80's! These new ranges, especially in plastic make all this very viable again BUT...
How are you playing your games? Gilder used to run campaign weeks/weekends but I have no idea how, what are your plans for actual gaming the period, rules, lists, venues etc?
Hope you can help, best wishes,
Jeremy

Thank you, right now these are just regular armies, the Burgundians have had a couple of outings using Swordpoint rules, but I'm not 100% on them. I like the look of Furioso, and will be playing that soon. I understand they are easy to adapt for larger units. As for the ultimate goal??.who knows?
Mark Freeth who currently runs the WHC is quite enthusiastic, and we have talked about possibly putting a weekend game on there, but that is frankly, a couple of years away at least, it would be great to get to that stage, but you are talking about probably producing another couple of thousand figures at least, probably more. I don't get too daunted by such numbers, but its a long way away.

These are great! I'm just dipping my toe into the Italian Wars - just ordered a unit of Perry Halbardiers as a test - and units like these are great inspiration