Austrian Dragoons by Doug Mason, and a bit of news 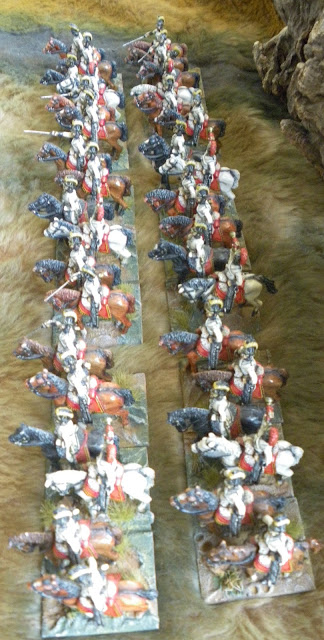 I can't help but notice its been 7 weeks since I last posted here, I wish I could say that a lots happened wargames-wise in that time, but I'm afraid thats not the case. I've had little time for games or painting. My output has been insignificant; I've STILL got 4 lancers to finish for that regt, although all the horses are done and the rest are based and finished. On a positive note I am coming up to my annual quiet period in terms of work which is normally  a productive painting period, so lets hope so.
One thing I did manage was to get Mike Ingham to part with these dragoon figures painted by Doug Mason. I did nothing to them other than touch up the bases, they are the Elite figures. This gives me 2 regts of Dragoons now, plus the 2 hussar regts, and 1 lancer. I have one regt of 36 Chevaux legere (why give Austrian cavalry a French name?) still to paint- this will give 6 regts and a total of 240 cavalry.
There are stiil the Cuiraissiers to consider,but they can wait. 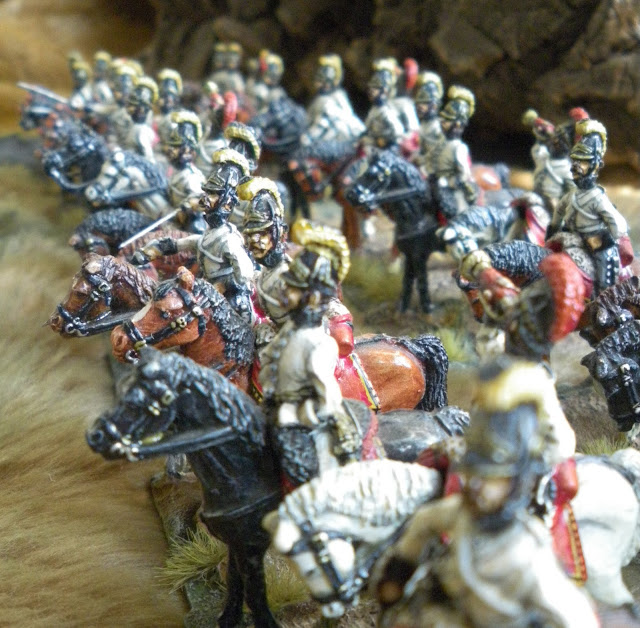 In 2 weeks time I will be heading up to Scarborough for Gerry's birthday bash which he has kindly invited me to. While I'm obviously looking forwards to this, it's also a bit sad as it will be the last time I will get to play 25mm napoleonics up there. Its not been any great secret that ill-health is forcing Mike to shut down the holdiday centre. Gerry is now well underway embarking on his own enormous - and I mean enormous!-10mm project (He already has erected a brand new, purpose-built "bunker" with about the same amount of table space as the current centre!). He is looking to replicate what they had in 25mm in 10mm in a couple of years- should be fascinating, and is going to be upping the figure scale so what was a 36 man btn now has a mental 108 figures. The man is nuts. 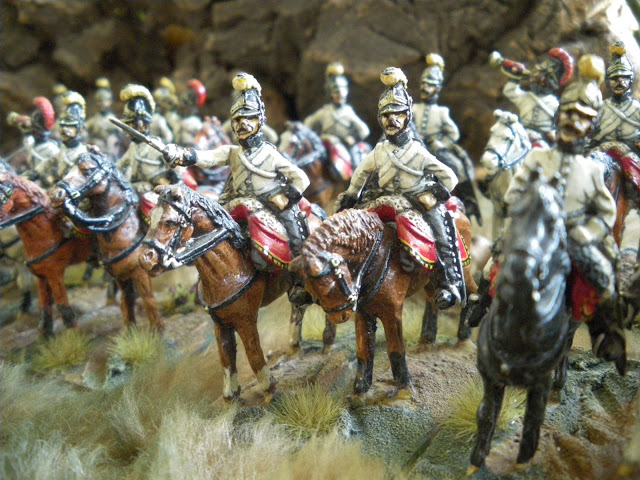 Although some figures have been sold, the rest of the collection (which is still massive), including all the buildings and terrain is moving down to the Basingstoke area under the stewardship of Mark Freeth. I spoke to him this morning and he has new premises sorted, and is hoping to put his first game on in February! He said he should have a website up next week. He is going to be doing Napoleonics, plus ACW and Malburian, and has already rebased all the WWII stuff (!) for Flames of War. He has some new ideas and will hopefully breathe a bit of new life into the WHC. I wish him all the best, and am looking forwards to playing there (and its only an hour up the road!). 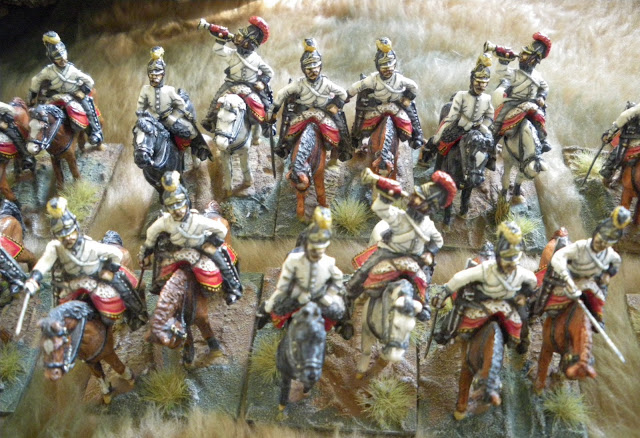 This has got to be the most exciting blog I've had the pleasure of visiting, I look forward to all the great stuff you put up here. Truly incredible workmanship, and a great inspiration...eye candy to say the least.

A very well-written post. I read and liked the post and have also bookmarked you. All the best for future endeavors. Getting some solution regarding.
UI Designing Company in Bangalore, Web Application Development Companies in Bangalore