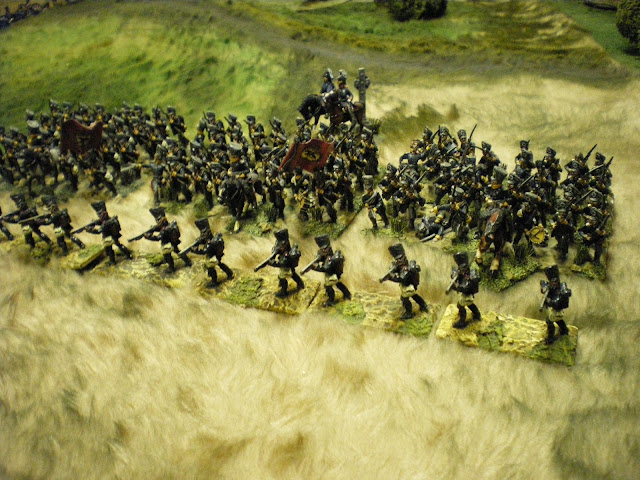 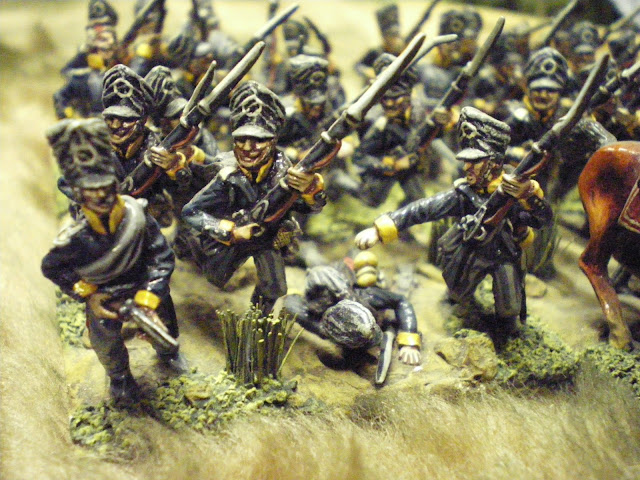 One of the regiments from Peter, lots of one-off casualties and officers.
Back in the happy days when I was selling Connoisseur Figures around the shows I quickly realised that I needed plenty of high quality display figures to put on the stand. One range I lacked good figures for was Prussians.
Then at one show I was engaged in conversation by a charming gentleman who eventually introduced himself as Peter Fitzgerald, the man who had designed most of the Connoisseur Prussians. He happened to mention (In retrospect I think he did quite an elaborate and convincing sales pitch) that he was selling his personal collection of these figures because he was starting his own new venture (Calpe Figures).
Did I want to buy his collection?
Esque les Bruins fait le numeros dos dans les arbres?
He was selling 3 regiments each of 3 battalions, some skirmishers, a dragoon regt and an artillery battery. They were all lovely, I couldn't afford them all in one hit, but over the next few months I bought all of them apart from (with massive regret, now) the Dragoon Regt. 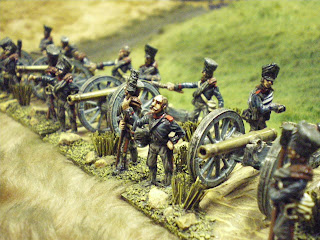 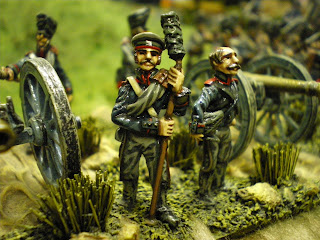 12 pdr Battery. Again, lots of one-off castings
As well as being one of the top figure sculptors out there, Peter is not exactly a slouch with the paintbrush either. He has a fairly unique style, going for quite a soft, muted effect. One thing I've noticed is he doesn't use any metal colours, instead using ordinary colour to get the effect. Sounds pretty wierd, but it works.
All of the units he sold me featured an awful lot of excellent conversions and one-off figures he had made himself, most of them variations on existing Connoiseur stuff, but with heavily altered poses, new heads, blanket rolls added- all totally unique. This posed a few problems later on when folk would come up to the stand and say "I want that figure" and one would have to explain that they couldn't get it. A lot of people stomping off muttering "why TF is it in then cabinet, then?" I did sympathise, but at the same time this was in the "good old days" of soft white metal, before rigid pewter became universal, and one of the strengths of the Connoisseur range was the incredible scope for conversion that was relatively simple. a few head twists or swaps, bend an arm here, and a small amount of skill with a soldering iron and it was possible to create totally unique figures. Some folk out there, like Peter Gilder himself or the erratic but monstrously talented Doug Mason could perform unbelievable conversions in a matter of minutes. Some people can turn their imaginations into reality, some can't. This ease of conversion was one of the selling points of the range to a lot of people, but for every one who liked to be inspired there were 2 who wanted to be spoon-fed...nothing much has changed there. 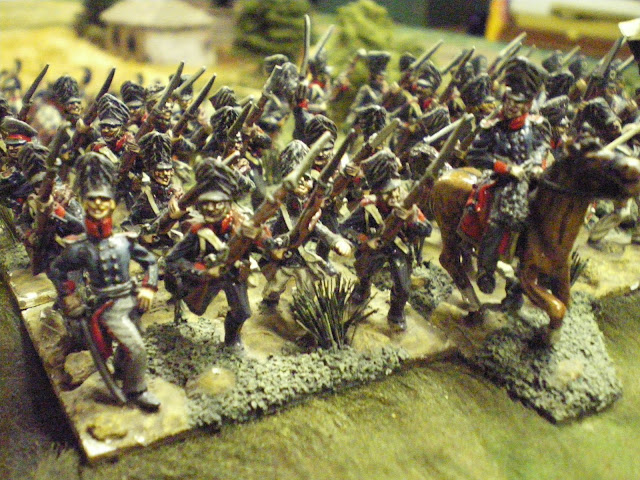 Another Infantry regt, these 9 btns have formed the core of my Prussians now for over 10 years 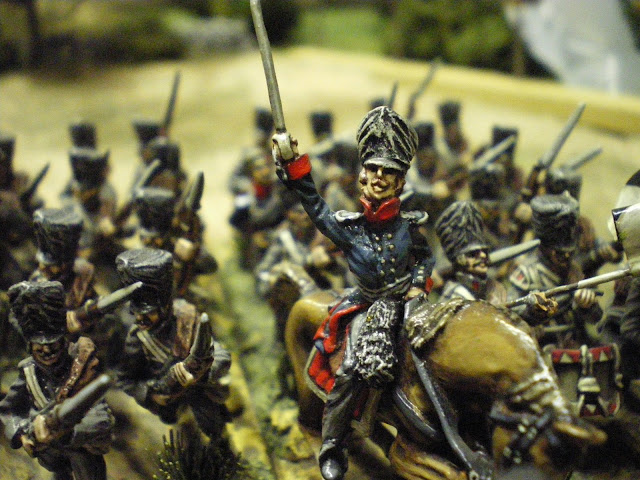 One-off Officer conversion, great work.
Anyway, so Peter went away and started Calpe, and did, indeed, continues to do, great work there. I've since bought a fair amount of his stuff, which we'll look at another time.
For all of Peter's urbane charm, he is a bit of a nutter though.... He designed all of the Connoiseur Prussians. Then he did most of the original Elite prussians for Pete Moreby, now he is STILL designing thousands of his own figures....Obsessed or what??

It's great to see those figures again. I'm a bit of a Connoisseur fan myself and bought a fare few from you way back when. More pics please.

Those do look great. I have to admit that I never really got the hang of painting Connoisseur/ Hinchliffe miniatures effectively, and my painting technique couldn't really bring out the best that they had to offer.

But pictures of figures like these as featured in the Leipzig game in very first issues of Miniature Wargames back in the eighties caught my imagination big time, and remain the platonic ideal to me of what a Napoleonic game should look like.